SUPPORT CAMPAIGN TO DEDICATE A PUBLIC SPACE TO THE AUTOMATISTS

Many public places in Montreal have been named in honor of important personalities of Quebec’s cultural and social history. There is, however, a group of artists who still await such a highly deserved recognition: the Automatists. During the years 1940-1955 in particular and thereafter, these artists left their mark in visual arts, literature, dance, design, theater and psychoanalysis.

Recently, the city of Montreal has launched an international competition for the development of lot no. 066 in the Quartier des Spectacles / Place des Arts. 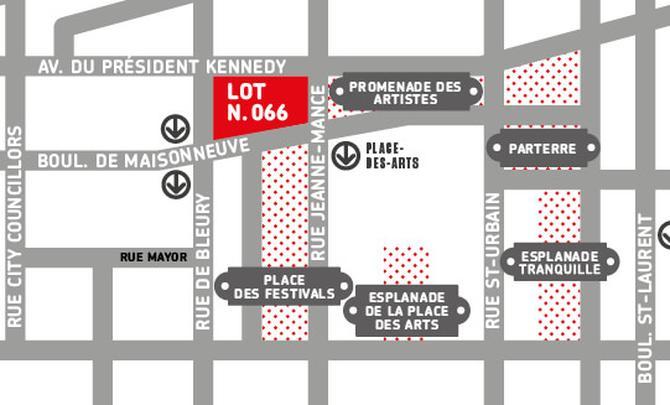 2023 will be the 75th anniversary of Refus global and the 100th birthdays of Jean Paul Riopelle, Françoise Sullivan and Magdeleine Arbour.

The Jean Paul Riopelle Foundation is currently preparing for 2023 important activities to be presented nationally and internationally to highlight the unique contribution of this great Quebec artist that is Jean Paul Riopelle. For its part, the Montreal Museum of Fine Arts has opened in recent days the exhibition Riopelle: The Call of Northern Landscapes and Indigenous Cultures, offering new perspectives on the artist’s work.

As for Françoise Sullivan, the Musée d’art contemporain de Montréal has just dedicated a retrospective exhibition to her that has traveled across Canada. The exhibition is currently at the Rimouski Regional Museum. The artist still produces and exhibits regularly at the Simon Blais Gallery in Montreal. 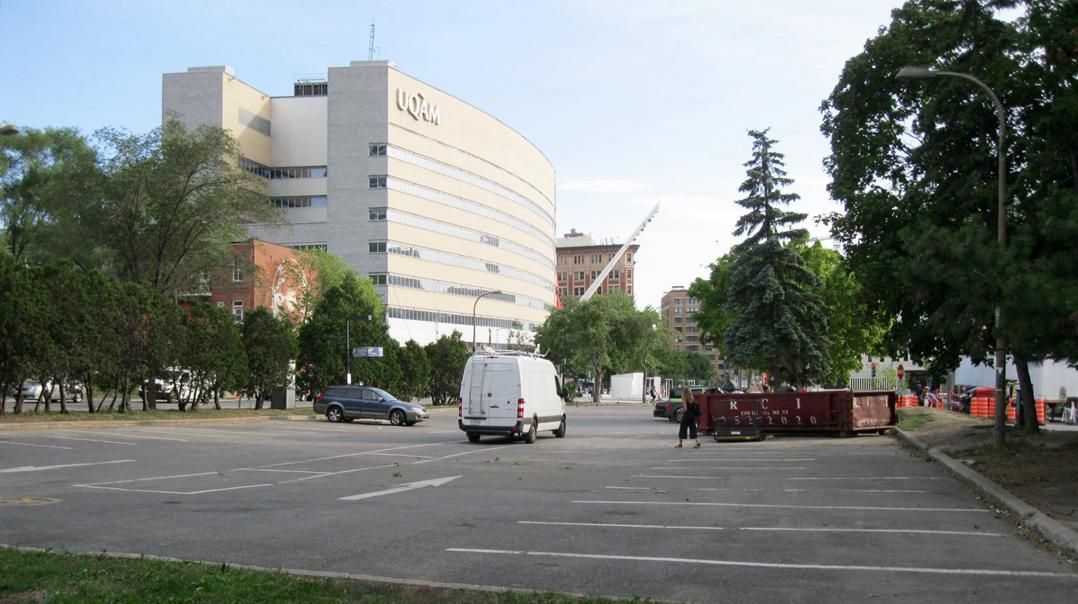 We believe this public space would be the perfect location to honor the artists of the Automatists group, active collectively but also through remarkable individual careers, over several years, marked by recognitions granted by their peers, by high-level cultural institutions and by the governments of Quebec and Canada.

This lot 066 is at the center of venues where the Automatists lived, studied and exhibited during the years 1940-1950.

Among these places are the Collège Sainte-Marie on De Bleury street, the École des beaux-arts de Montréal on St-Urbain street, the École du Meuble on Berri street, the École polytechnique on St-Denis street, the residences of Claude and Pierre Gauvreau at 75 Sherbrooke street West, of Muriel Guilbault at 374 Sherbrooke street West, of Françoise Sullivan on Hutchison street, the exhibitions held at the Morgan store on Ste-Catherine street and at the Montreal Museum of Fine Arts, the Librairie Tranquille on Ste-Catherine street West where the Refus global manifesto was launched, the plays performed at the Gésù on De Bleury street and at Congress Hall on René Lévesque blvd, Madeleine Arbour’s window displays at Birks, Fernand Leduc’s studio on Jeanne-Mance street … You will find notes on each of these places on our web site at Mapping the Automatists.

We believe this is a compelling justification for lot 066 to be named La Place des Automatistes. Having acted in all artistic disciplines, they will join all the artists of today who present themselves in the neighboring institutions like Salle Wilfrid Peletier, the Maison de l’Orchestre symphonique de Montréal, the Musée d’art contemporain de Montréal, the Wilder Building for dance, the National Film Board of Canada, the Jean-Duceppe theater company, Salle 5, etc.

Our call was published in Le Devoir on November 23, 2020. The effect was immediately felt with the registration of many new supporters. It must be recognized that the Automatists’ reflections made in the 1940s went beyond the arts community to address the whole of Quebec society, aiming for a greater openness to the world by stimulating personal and community dynamics.

We invite you to share our call with all those around you and those who might be sensitive to our approach.

Nearly 200 people have already supported our project. Add your voice to theirs!

I SUPPORT THIS PROJECT