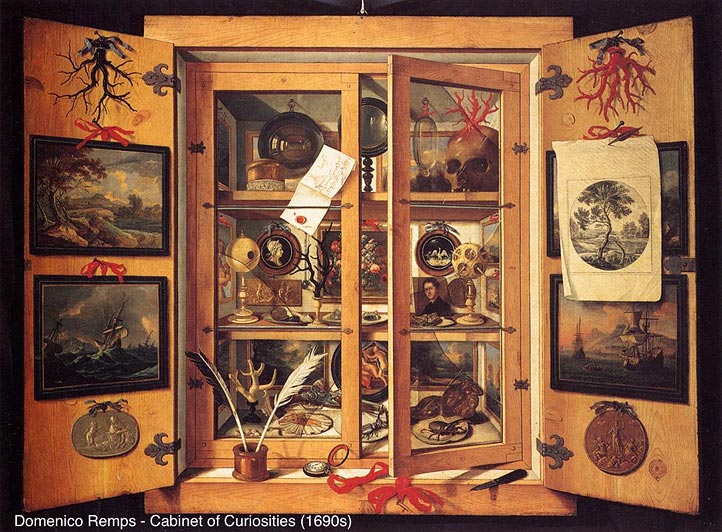 Originally, cabinets of curiosities designated rooms or pieces of furniture in which a multitude of rare or strange objects were collected representing the three kingdoms of nature (animal, plant and mineral worlds), as well as objects created by man (works of art, scientific instruments, weapons, etc.). Cabinets of curiosities therefore refer to both a type of content (singular, exotic, rare objects) and a form of presentation (accumulation of objects in glass cabinets or drawers). By reference to the format of these cabinets of curiosities, the exhibition has shown collections of small works of art and objects, publications, personal texts, photos and memorabilia from individuals and groups.  The use of the word “curiosity” is not intended to negatively describe the life of the individuals involved in this project. 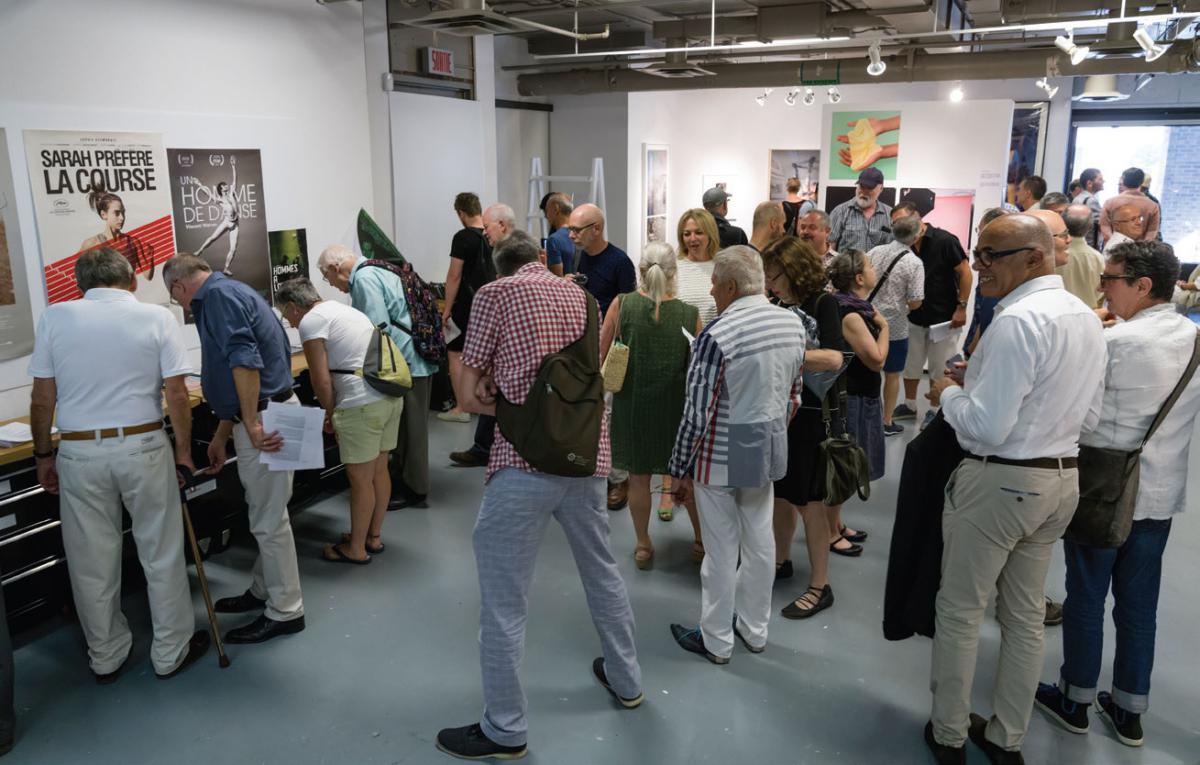 From August 1 to 20, 2017, the Centre international d’art contemporain de Montréal (CIAC MTL) presented “LGBTQ+ Cabinets of Curiosities” (“Les Cabinets de curiosités LGBTQ+”), dealing with tolerance and openness to sexual diversity. The opening took place on August 2 in the evening at the Center for Diffusion and Experimentation for master’s students in visual and media arts (CDEX-UQAM) where the exhibition was held.

This event, including exhibition, conferences and films, aimed to get people to discover LGBTQ+ realities through various artistic productions and the programs of community organizations while showing a positive and strong image of sexual diversity and of these communities.

The means put forward to achieve this goal revolved around the presentation of works and artefacts on the wall, in four cabinets and on digital screens.

A WORD FROM THE CURATOR 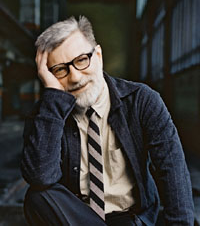 Created by Claude Gosselin, director of the CIAC MTL, this event is a reflection of today’s reality. “Historically,” he says, “the development of societies and the history of civilizations have shown that the social, economic and cultural lives of human groups are intimately linked. Our period is no exception and that is why we present artists and individuals who are witness to the profound changes in contemporary society.” 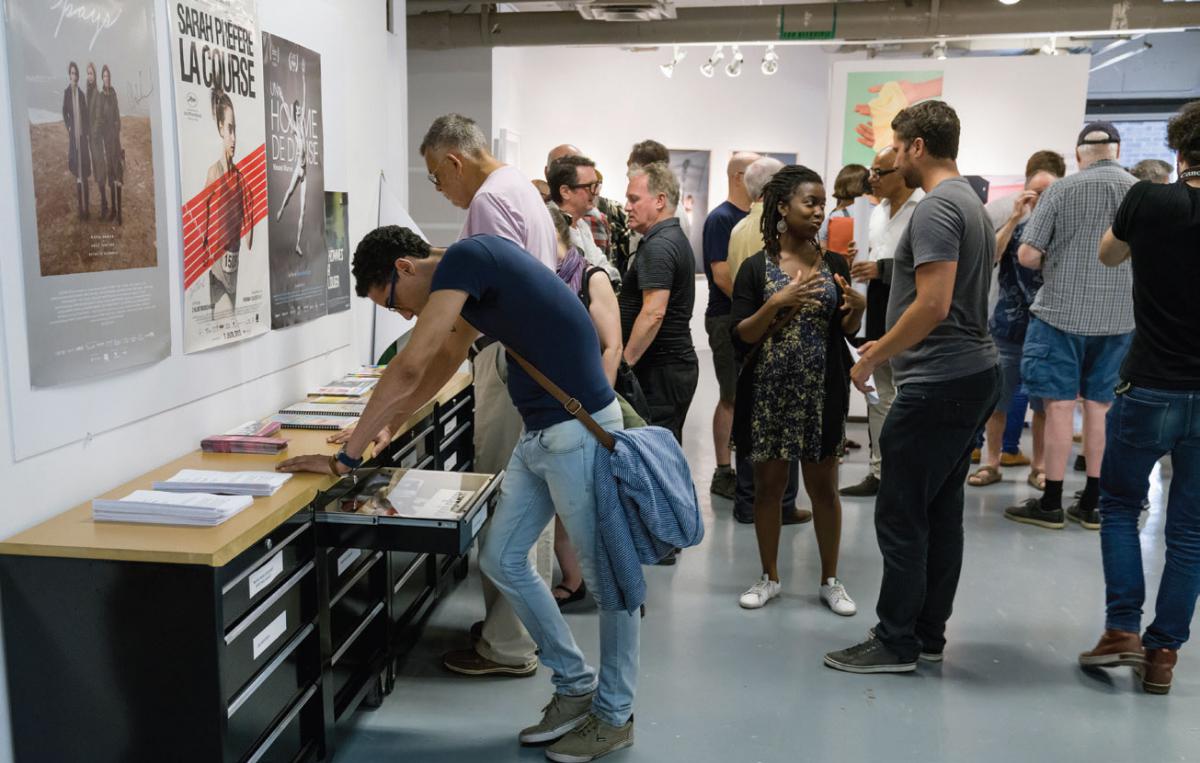 This initiative took shape thanks to the participation of many LGBTQ+ community members. Among the personalities, the couple Michael Hendricks and René LeBoeuf, the first legally married homosexual couple in Quebec and Laurent McCutcheon, founder of the Fondation Émergence, submitted artefacts testifying to their commitments. Among the community organizations, the Archives gaies du Québec, Arc-en-ciel d’Afrique, the UQAM Research Chair against Homophobia, Coalition des familles LGBT, Fondation Émergence, Fondation Jasmin-Roy, GRIS-Montreal, and RÉZO provided highly relevant documents on LGBTQ+ realities.

Finally, several artists from the visual arts, cinema, literature and dance scenes have submitted their works. Evergon, JJ Levine, Kent Monkman, Jean-Jacques Ringuette and Chromogenic Curmudgeons (Evergon + J.J. Ringuette) for the visual arts; Chloé Robichaud and Oz Yilmaz for the cinema; Michel Marc Bouchard, Jean-Paul Daoust and André Roy for literature and Vincent Warren for dance. In addition to these artists is the collective Lez Spread The World (LSTW).

Jean-Paul Daoust, during an evening devoted to the Archives gaies du Québec, read some poems. A much appreciated evening.

See the complete program of the LGBTQ+ HAPPY HOURS 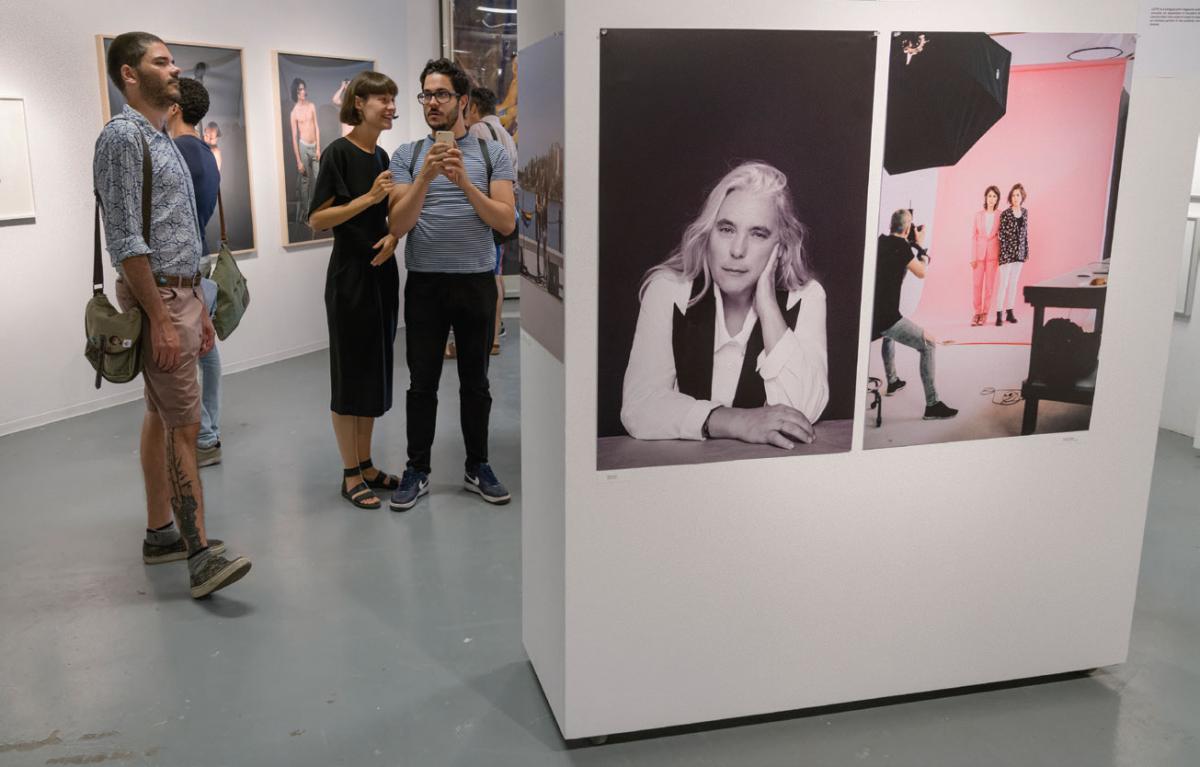 In order to guarantee the success of this event, the CIAC MTL used a marketing strategy based on different communication mediums both in print and on social media. Press releases were issued. In terms of digital promotion, social media served as a medium with the launch of a Facebook event. The exhibition also had a place on the CIAC MTL website.

In addition, the LGBTQ+ Cabinets of Curiosities exhibit has been featured in several event programs: Fugues – sorties, Actualités UQAM, Voies culturelles des Faubourg, GRIS Montreal, Pricette – event, on Jean-Paul Daoust’s website, on the Quartier des spectacles web page, etc.
These different actions made it possible to reach a wider audience. Attendance reached a thousand people, or an average of fifty visitors per day. The public reception was very positive. We have received very touching comments.

See the photos of the OPENING 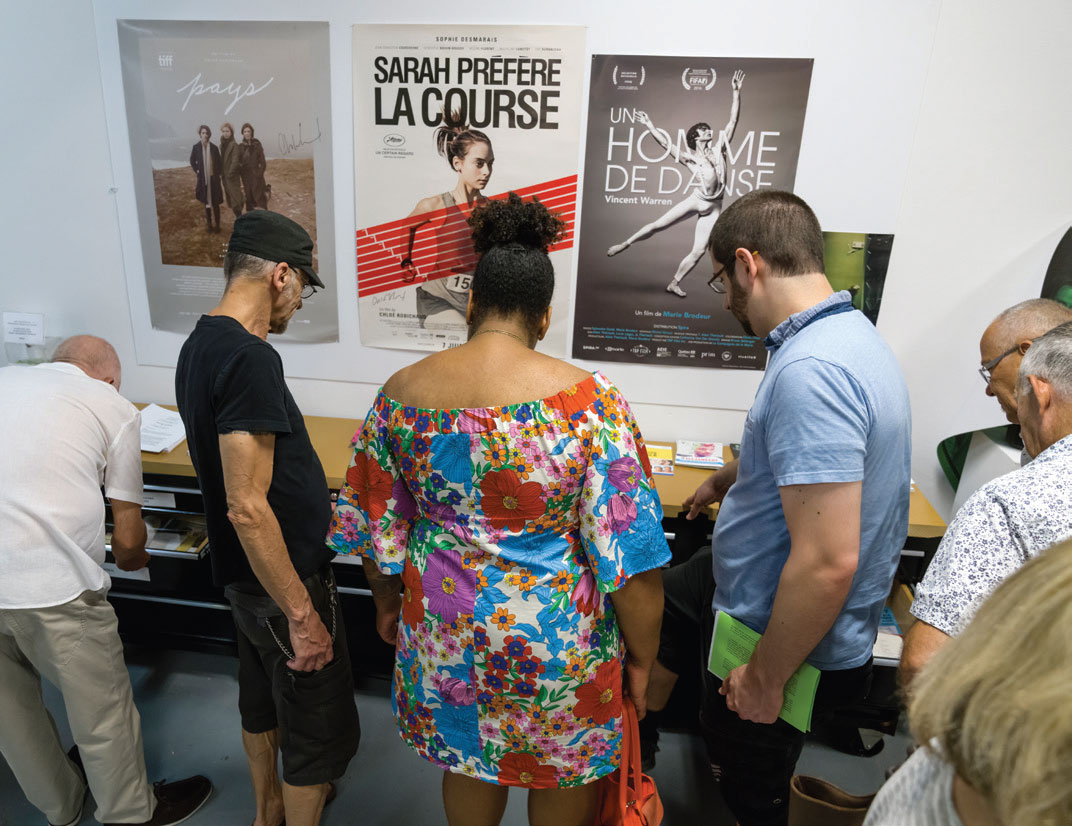 Administratively, the event was carried out with a budget of $ 15,000, fully raised thanks to private financial contributions (donations of money and goods and services); no public subsidy. This amount does not include the accounting contributions of volunteers.

Artist Evergon produced an original work of 50 copies which sold for $ 50 each. The sale of this work helped finance the operation. This project was also an opportunity for the CIAC MTL to initiate an action via crowdfunding under Yoyomolo. It is still possible to make a donation on this open platform at https://www.yoyomolo.com/les-cabinets-de-curiosites-lgbtq. 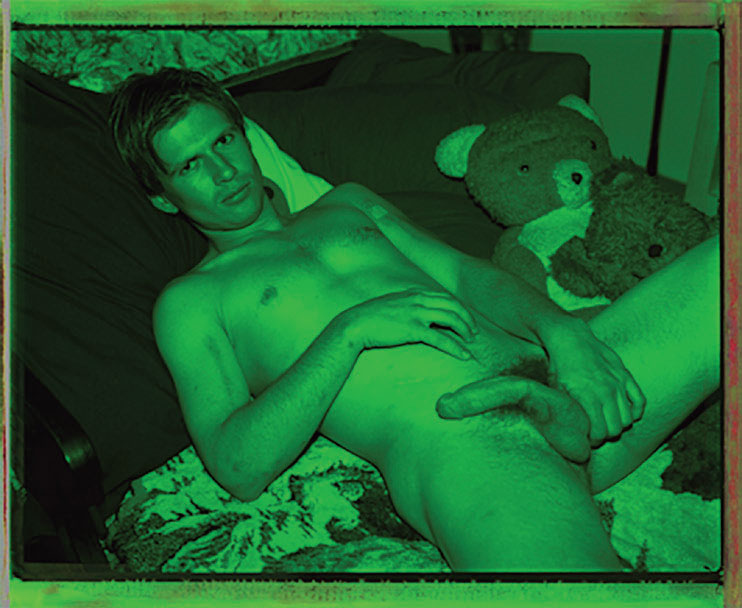 Produced by the Centre international d’art contemporain de Montréal (CIAC MTL), this project would not have been possible without the contributions of several people. We thank:

Sponsors
EQ2 for work stations;
Canadian Tire for the cabinets;
Société de développement commercial Le Village for its support to the project.

A very big THANK YOU to UQAM:
To the CDEx, Center for Diffusion and Experimentation for master’s students in visual and media arts for allowing us to exceptionally occupy their premises;
To the Department of Visual and Media Arts at UQÀM and its Director, Claire Savoie;
To students Thomas Germanaud and Jonathan Sardelis for their assistance in setting up the exhibition and for relations with all the departments of UQAM involved in this project;

Finally, an exceptional THANK YOU to Cécile Delignou, communications manager at CIAC MTL, assisted by Jean-Michel Thellen for the website.

This project was exclusively funded by the private sector, by contributions from individuals and companies, and by members and donor friends of the Centre international d’art contemporain de Montréal. We owe them our gratitude. 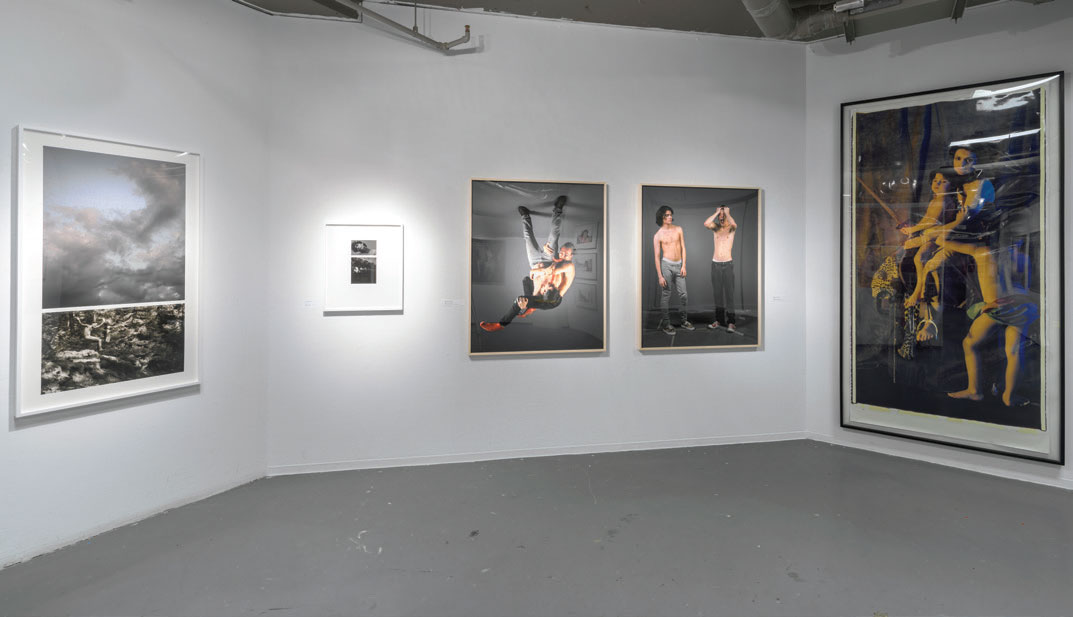 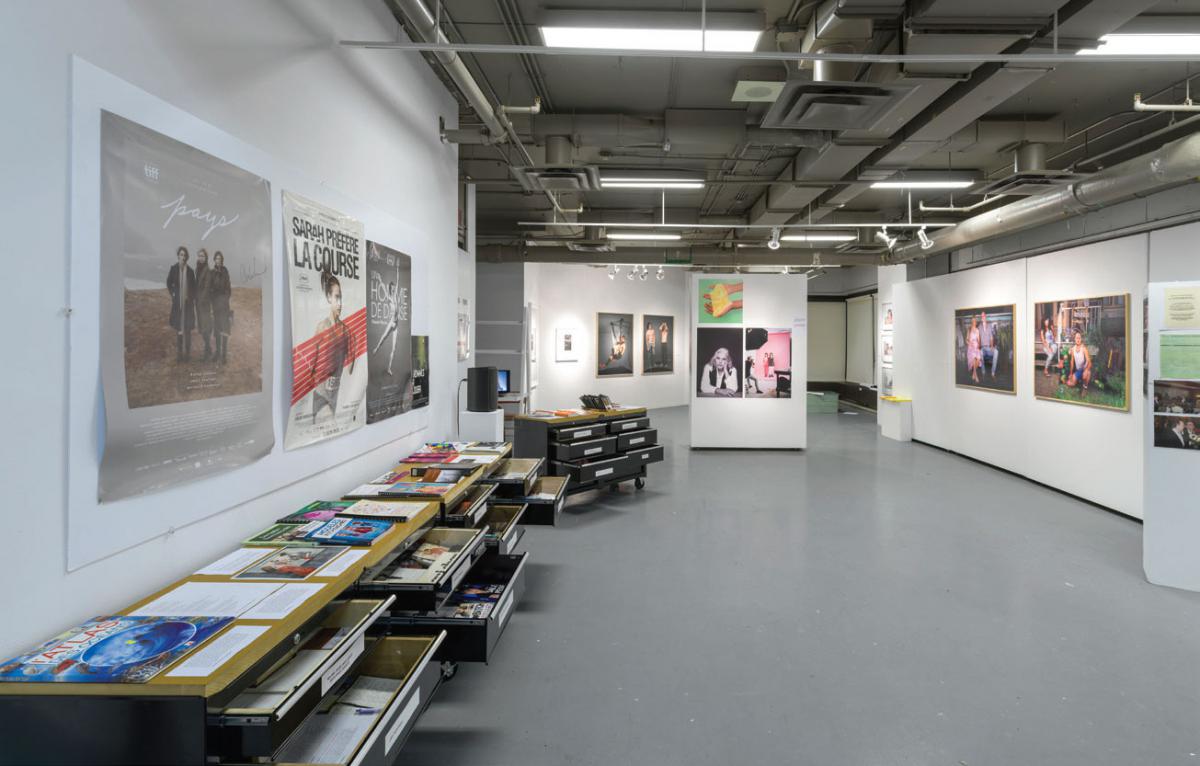